No items found.
Go To Packages
Product is not available in this quantity.
Get a Free Consultation
  Back to Blog 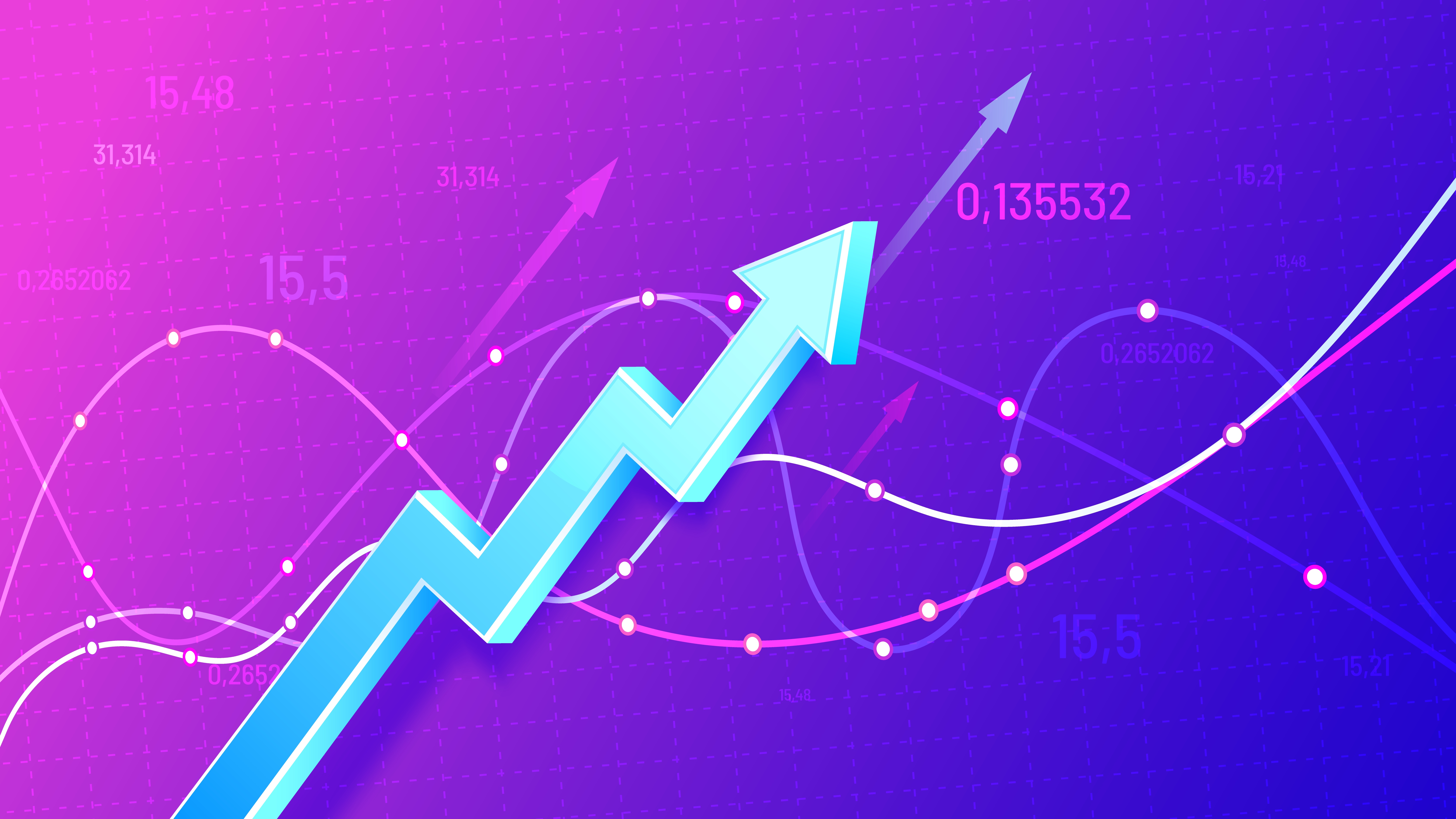 What are the most important ASO metrics & KPIs to measure performance?

Mobile app success is never a overnight thing. It takes a lot of time, work and money to build successful mobile application. The key to success in mobile is about understanding the processes, measurement and analysing the effectiveness of the certain growth actions. So which metrics are the most important for App Store & Google Play?

On todays blog post I’m going to talk about key metrics that are most important in mobile business especially when it comes to App Store Optimization.

What are the main goals when building mobile products?

Mobile app success is never a overnight thing. It takes a lot of time, work and money to build successful mobile application. The key to success in mobile is about understanding the processes, measurement and analysing the effectiveness of the certain growth actions. So which metrics are the most important for App Store & Google Play?

The goals of mobile applications depend directly on the growth stage at which a given application is located.It can be conversion rate increase, organic growth, getting more downloads, reducing user acquisition cost, increase revenues, improve retention, improve engagement or increase Daily or Monthly Active Users. But in general we can name 5 core elements of app growth goals, which are:

App Store Optimization is equally important at any of above growth stages of the mobile product. The main ASO goal is to improve visibility and discoverability on the app stores to bring more organic traffic and downloads. The more organic downloads you have the less you spend on performance marketing so user acquisition cost are decreasing. At the later stages ASO will help to keep at the top in charts and search, benchmarking with competition, improve conversion, retention and user feedback. It also help keep higher LTV and engagement of a users on average 30-40%.

The App Store Optimization Strategy is a long-term and complex process that should be implemented and measured to achieve steady organic growth.  Below I’ll describe main KPIs that well designer ASO strategy should measure on each stages of app growth.

The main goal of ASO is to increase visibility of apps and games on app stores. Improve discoverability in search, charts, categories and to be Featured to get more organic downloads.

ASO KPIs that are important on this stage are:

Category Rankings - On what place your app is in overall country/specific category ranking.

Organic Downloads - number of downloads from the Search organic channel for the selected app in the selected country.

Keyword Rankings / Total Ranked Keywords (TOPs) - On How many keywords your app is indexed in TOP 5/10/20/50/100. After every successful ASO iteration, the number of indexed keywords should grow to enable more users to find the app.

Search Visibility Score - Very important KPI which is calculated by using all keywords that the app is ranking for, with the highest popularity and highest position. The more Top-10 positions the app has for the popular keywords — the better the visibility score, which means more chances to get downloads. This is the major ASO metric and allows you to see how the app’s organic visibility is changing over time, compared to the competition.

Featured -  whether app gets featured on the stores’ main page.

Improving the conversion rate to install of an store listing is the second important goal after visibility. ASO conversion is also crucial for Paid UA. When the user discovers the app no matter where - Ad or in store, it is vital to create a great first impression about it – here is where the role of the conversion rate becomes important.

All Conversion types are crucial parts of the conversion funnel of your listing on the store: by optimizing them, you ensure that out of all the users that somehow find your app on the store, the maximum percentage will get interested, engaged by the product page, and end up downloading.

There are different ways to measure mobile growth. The main growth trigger for ASO would be the number and velocity of the installs, but in the whole set of App Marketing strategy, the growth is more than that.

One of the main goals of App Store Optimization is organic growth, so the number of installs plays a great part here. Installs is the basic KPI that can be tracked inside developer console on the stores. However, in case you are doing paid marketing, you would like to separate your organic traffic from non-organic one.

Organic Uplift - measured as a percentage of organic installs divided by non-organic installs, and a higher organic uplift leads to the lower eCPI of user acquisition.

Another important metric to analyze the growth is the number of active users. The main KPIs to measure in this case are Monthly Active Users (MAU) and Daily Active Users (DAU).

App Ratings and Reviews are extremely important of a stable and healthy mobile app. In ASO ratings and reviews play 2 roles:

More about why app ratings are important you can read it in separate article.

The more ratings and reviews you have and the better is the overall user sentiment, the greater impact they’ll have on the rankings and overall visibility of an app. In turn, a lot of negative reviews and low average score can significantly decrease the conversion of the product page and lead to less organic installs.

The last, but not the least important goal for mobile developers is the successful monetization of their products. To measure the revenue several KPIs are used:

For an effective monetization of mobile app, the quality of the users matters more than the quantity of installs. Users that came from organic UA channel like ASO are 30-40% more engaged and have 3-5x higher LTV.

ASO doesn’t have single metric that we are able to measure success. All of them mentioned above are equally important, and successful ASO strategy should cover them all. If you need help with preparing ASO strategy for your mobile app, you can contact with our App Store Optimization experts to help you get the most out of the ASO for your app.

What next? Learn more about ASO

Book a free consultation with our growth expert 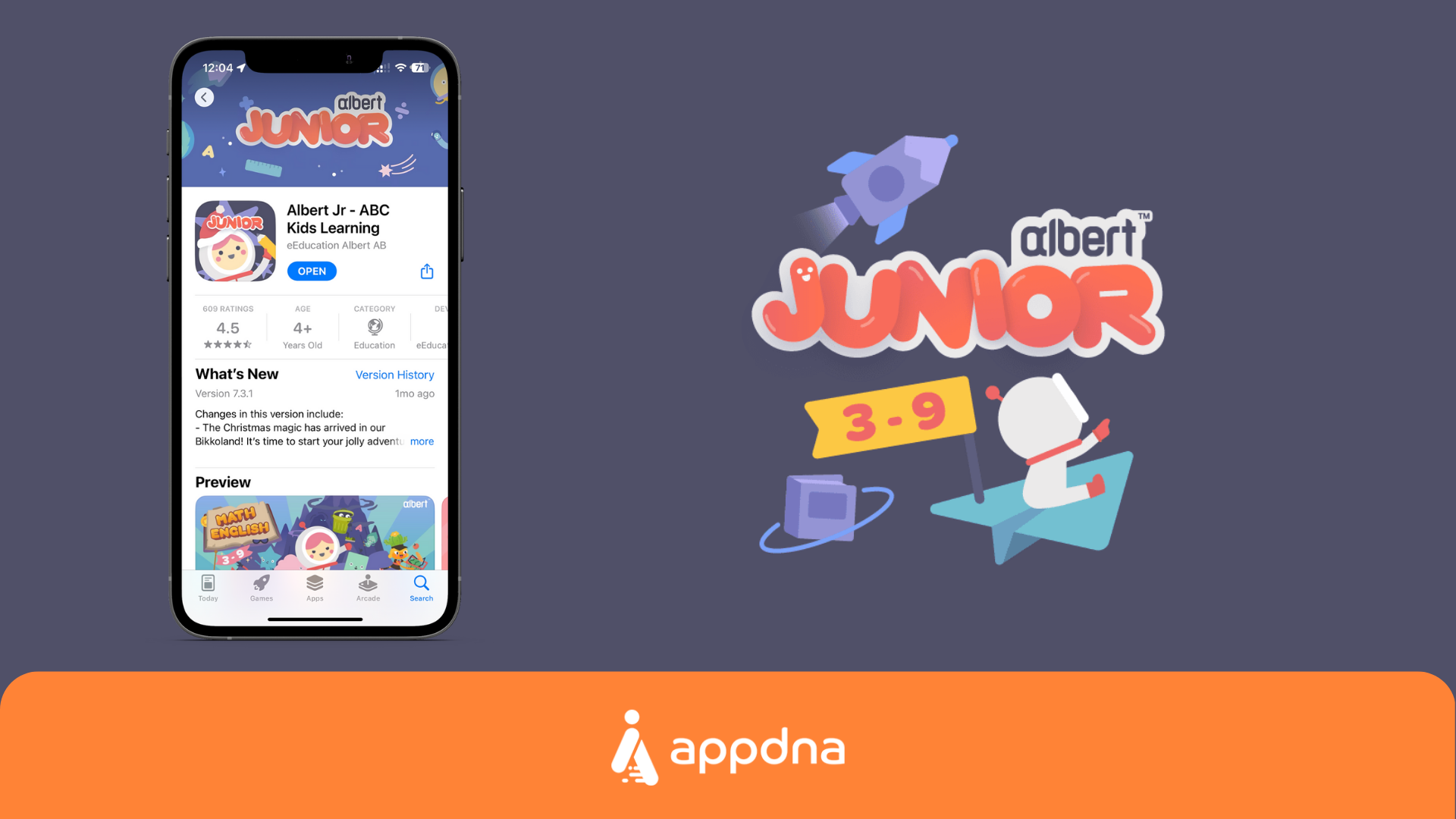 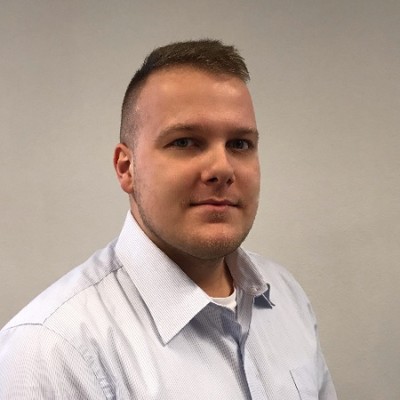 Albert Junior: spel för barn is among the Education category apps in the App Store which let young users learn basic math and english. The app on the SE market is being downloaded an average 8.6k times in the last 90 days. Indeed, by the time of writing this, Albert Junior is ranked at #63 and that’s the reason why we take a look at that in this review. 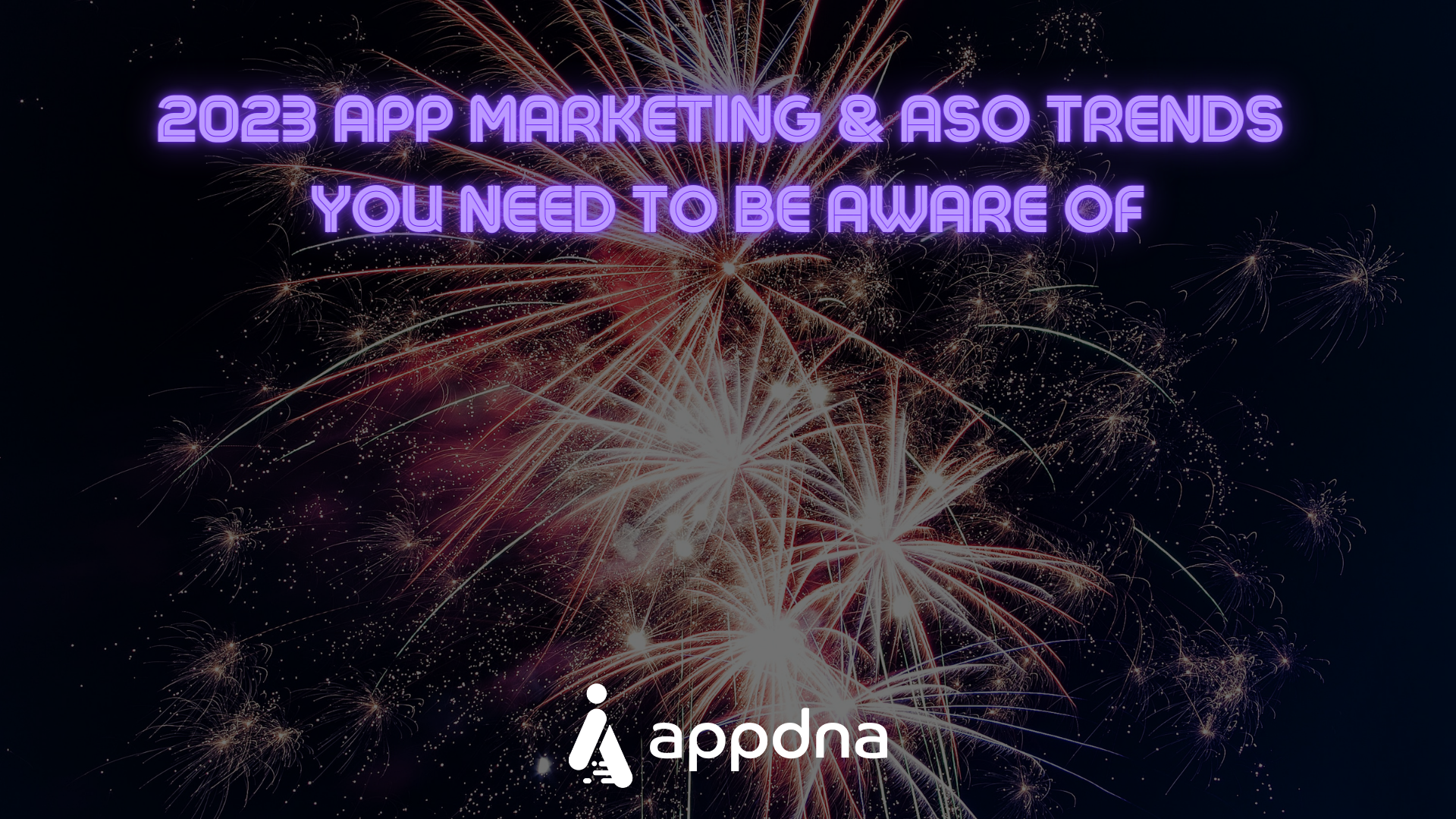 The app market is constantly changing and evolving, with new trends emerging every year and old ones fading away. While the economic climate in 2023 may be challenging for many businesses, the app industry should not be discouraged. There is still potential for your app's success, and by keeping an eye on the following trends, you can increase your chances of success. 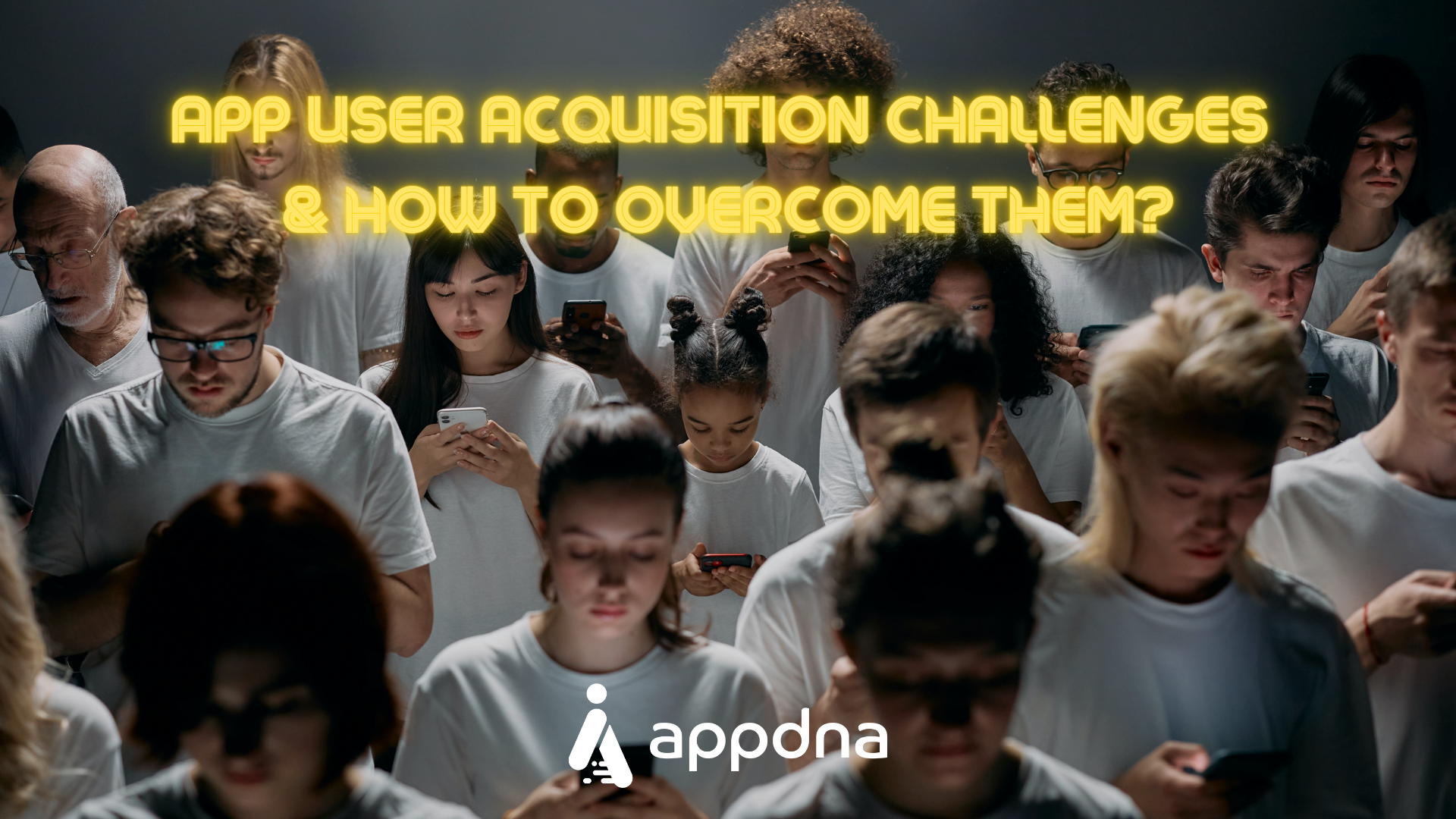 Top Mobile App User Acquisition Challenges for 2022/2023 and How to Overcome Them?

App user acquisition is the process of attracting and retaining users for a mobile app. It is an essential part of the app development process, as a successful app depends on having a large and engaged user base. However, app user acquisition is not always easy, and there are several challenges that app developers and marketers need to be aware of.